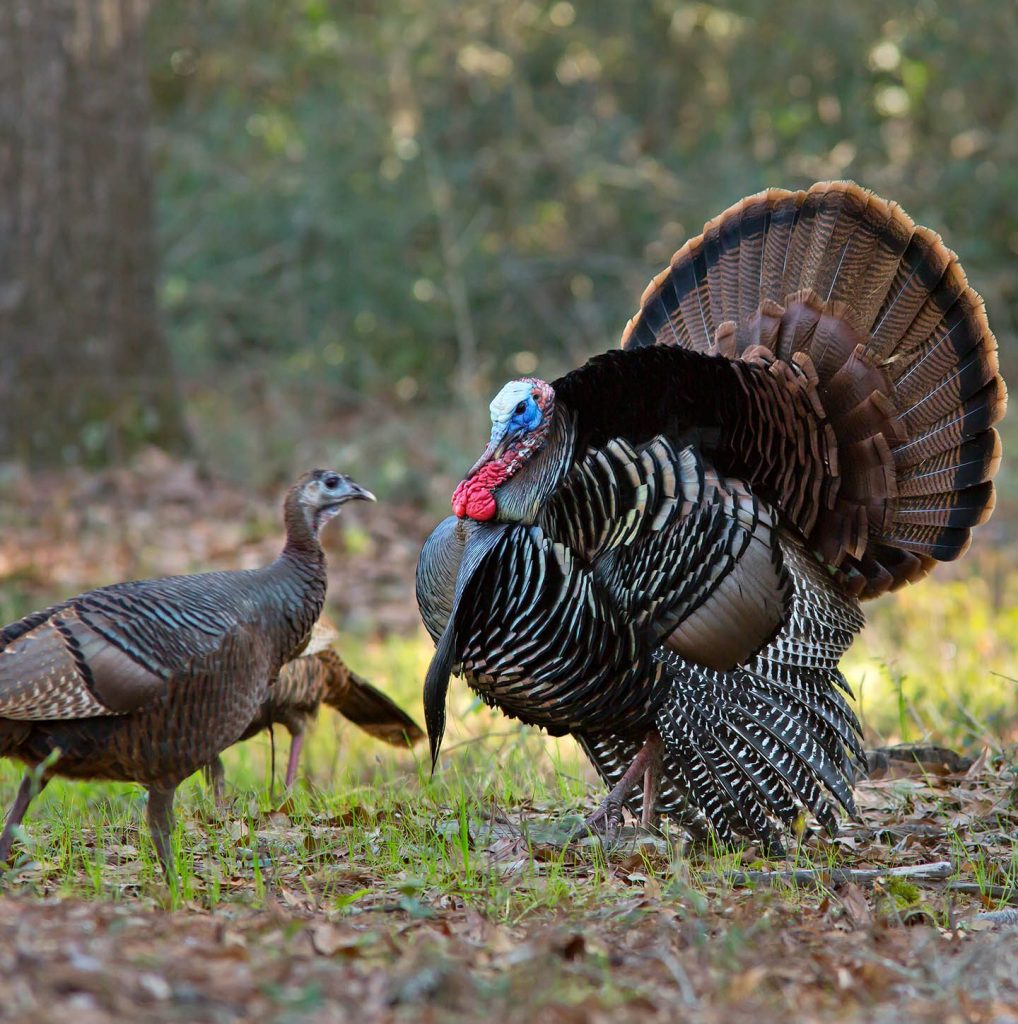 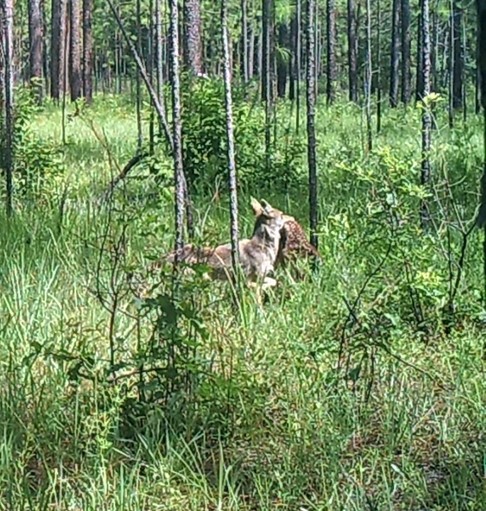 Much of our research initially focused on predator ecology on Ichauway.  Our objectives were to better quantify predator habitat and understand how forest management activities affected habitat with the goal of identifying land management activities that influence the predation process and potentially lead to increased prey populations.   To further understand the predation process and how mammalian predators affect prey population dynamics, we implemented a long-term predator exclusion experiment in 2003.

This on-going predator exclusion study relies of four large (approximately 100 acres) mesomammal exclosures.  These exclosures were designed to reduce mesomammal (mid-sized mammalian predators such as coyotes, red and grey foxes, bobcats, raccoons, and opossums) use to understand how lethal population reductions of these species – the only predators that can be legally removed in Georgia and most other states – might affect prey species populations.  Results of these early studies varied with some prey species increasing as a result of decreased mesomammal use and other species being relatively unaffected.   One unexpected result of exclusion was observed very early during the project; white-tailed deer made great use of these exclosures, especially for fawning and fawn rearing.  This observation sparked our interest in non-lethal, predator-mediated effects on prey ecology.

That predators can have a large impact on prey behavior is obvious.  If a prey species fails to appropriately react to predation risk, death is imminent.  What is perhaps harder to grasp, but equally important, are the costs associated with the antipredator behaviors in terms of missed opportunities such as disrupted foraging or missed breeding opportunities.  Clearly, prey species have great pressure to balance predation risk with other aspects associated with their survival and reproduction.  To date, we see evidence of this balance in many aspects of prey behavior (e.g., predation risk affects vigilance, foraging behavior, habitat selection, activity patterns, etc).  These behaviors even extend to ecosystem-effects such as behaviorally mediate trophic cascades.  Because the indirect effects of predators on prey populations and their habitats appear to be both great and globally prevalent, our research into antipredator behaviors and their cascading effects continues to be one of our major research efforts.

Our past work in this area was primarily focused on assessing wildlife presence and habitat preference with regard to vegetation characteristics and prescribed fire.   More recently, our work in this area has included using more than two decades of spatially explicit wildlife data to develop models of desired habitat conditions for many species of wildlife.  Our lab continues to explore opportunities to use existing data on over 30 species of wild animals to address knowledge gaps regarding how management activities may affect wildlife communities.

Our current efforts within this research theme involve a new study to understand the importance of isolated depressional wetlands on birds and mammals and another study to determine the long-term effects of an extreme climatic event – 2018’s Hurricane Michael – and subsequent timber salvage operations on monitored wildlife.  In both studies, we plan to use existing data derived from numerous spatially explicit wildlife studies conducted on Ichauway.  With regard to the wetland study, we will use the data to assess how environmental conditions during the time of tracking affected bird and mammal use of wetlands.  We are also coupling these existing data with new data collection efforts to more explicitly focus our efforts on wildlife use of selected wetlands.  Similarly, we will use existing data collection before Hurricane Michael to evaluate how this storm may have affected monitored wildlife communities.  Importantly, we experimentally excluded some of our long-term wildlife research plots from timber salvage efforts to enable us to study the tradeoffs associated with timber salvage following major windthrow events. 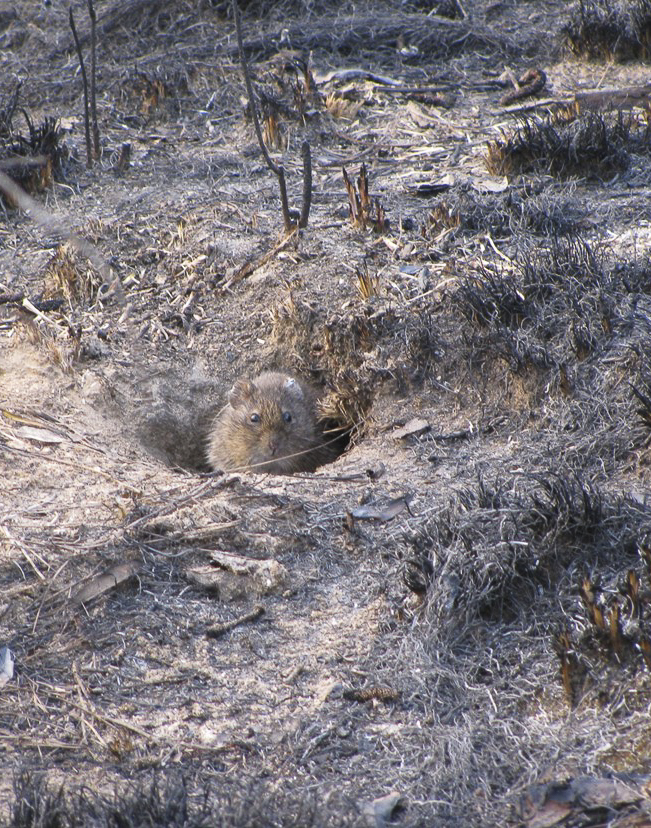 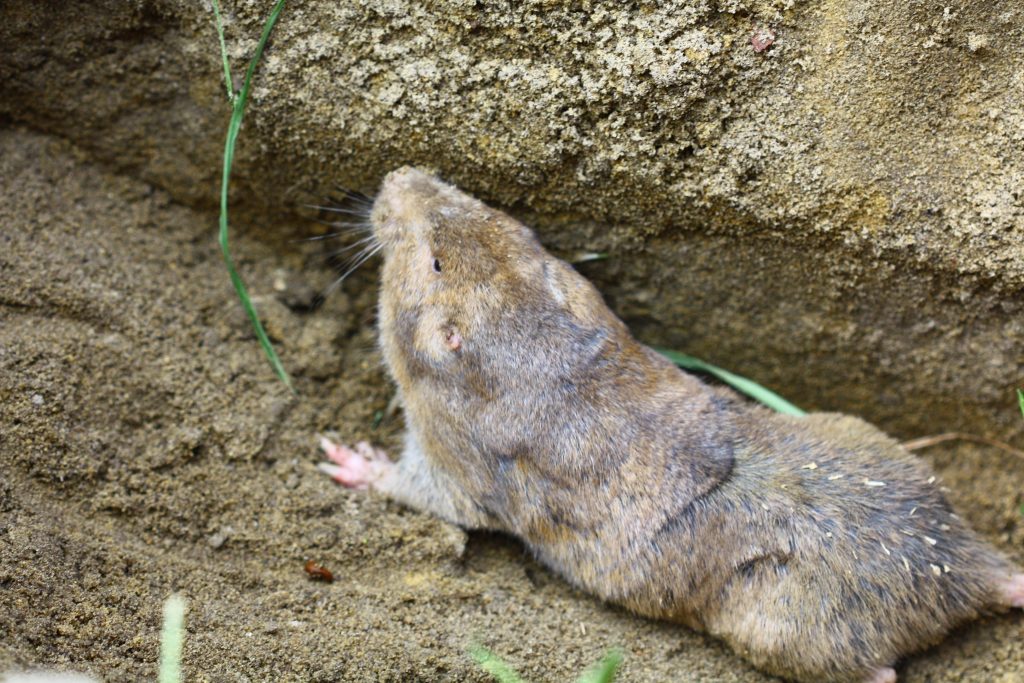 Research in this broad theme includes our work on native species that appear to be exhibiting range-wide population declines, species of economic value to sportsmen and landowners, and species that are considered indicative of particular environmental conditions.  We are currently wrapping-up a range-wide study of the southeastern pocket gopher.  This species’ tunneling and mounding activities modify soils for seed germination and provide shelter for a number of commensals.  Southeastern pocket gopher populations are declining throughout most of their range, and habitat loss and fragmentation are thought to be responsible for their decline.  Our work seeks to better understand the habitat needs of pocket gophers, determine the cause(s) of their decline, evaluate translocation as a mechanism for restoring pocket gophers in sites with suitable habitat, and to develop a monitoring protocol for this species.